A Goo Goo Ga Ga To You Too: Language Development in Children 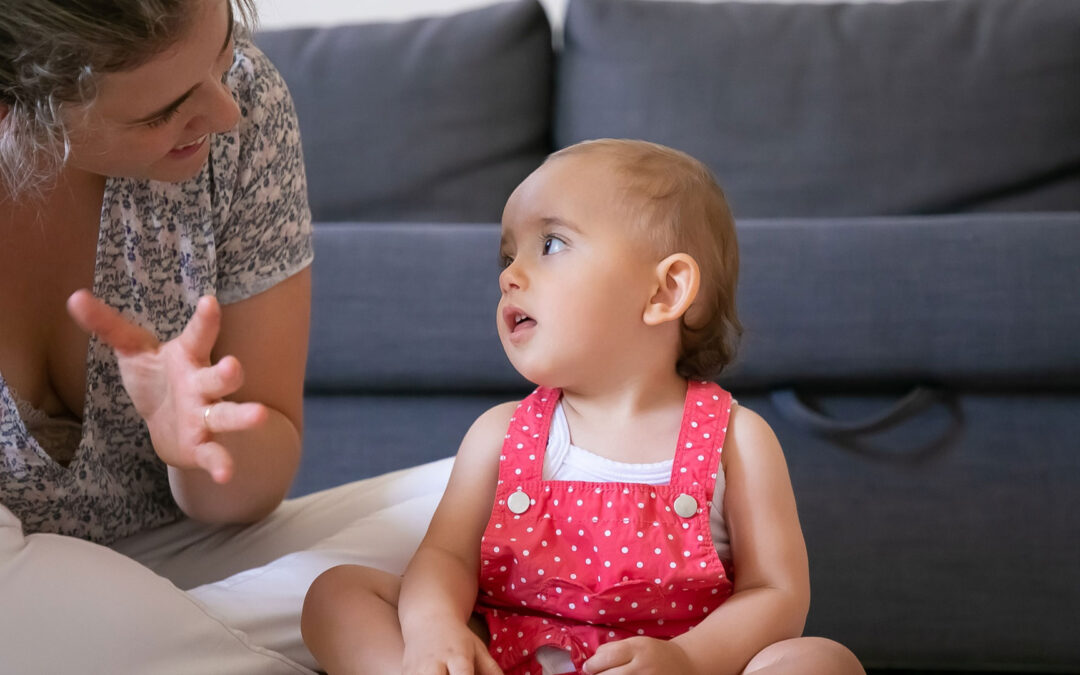 Every parent remembers the first words of their child. Whether it be something very far like gleba or something as basic as da-da, hearing a child’s first words is always a memorable experience for parents.

However, after getting past the first word, there are several other things for the child to learn, such as vocabulary, grammar, and pronunciation. Over time, these may become an issue for parents, especially if a child cannot speak properly or may seemingly be slower than his peers in language development. Though every child passes through the same sequence and stages in learning language, each child has their own pace, so rushing the child to learn a language is not necessary.

Another thing that parents must remember is that children with high intelligence who often develop language faster often fall behind in physical skills since they often spend more time on books or mental skills rather than practicing their motor skills. Because of this, a good balance between playtime and learning language should be encouraged to allow the child to develop both aspects. Following this, here are a few tips that may help your child during language development:

Babies learn language based on what they are told or what they hear from other conversations. Because of this, baby talk is not encouraged when speaking to the child or other children around him. When the parent speaks with the child, they should remember that they should not compromise grammar just to make their sentences shorter or make the statements sound simpler.

When the child first learns to speak, only simple short syllables can be pronounced or they speak unintelligibly. These are normal stages in a child’s language development. At this stage, it is still possible that the child’s muscles used for speaking are still developing, so there is no need to be harsh or reprimand a child who speaks this way. The child’s ability to learn an extended language is a significant step forward and achieved by both motor and cognitive development. Simple corrections such as repeating the word to the child in the correct pronunciation are sufficient, especially if the child is still under ten months.

Childhood is one of the best times to learn a language. However, if the child has not yet mastered one language, it isn’t good for you to start teaching other languages right away. Speaking in multiple languages, especially when they are mixed in one sentence, could confuse your child leading to problems in vocabulary like not knowing which words are in which language and affecting grammar since different languages often have differences in grammar.

When your child starts to show proficiency in her first language, it is only then that the child should learn another language to avoid confusing the learning child.

Talking about what happened to you that day would already get your child’s attention and help them grasp language better not only by learning your vocabulary and grammar but also by learning non-verbal communication such as facial expressions and body gestures that could go together with language.

Aside from that, reading bedtime stories to the child using children’s books filled with pictures is also good. Depending on your child’s preferences, reading different genres before the child sleeps could be incorporated into his nighttime routine not only to develop language but also to foster the child’s imagination. Mystery stories like Is It Santa? by Nelibeth Plaza could also spark your child’s curiosity and analyzing skills, so as much as possible, try to incorporate other genres into your child’s bedtime stories aside from the typical fantasy-filled stories.

Moreover, some games that could be played in various unfamiliar places such as “I Spy” are also good for developing the child’s vocabulary, especially when learning different nouns and adjectives.

Learning how to interact with other people their age will also help the child develop their language as well as their social skills since they can ask questions and direct instructions while interacting with others.

Playing will also allow the child to develop their motor skills aside from developing their language and learn how to cooperate and coordinate with other children to complete a task. These are essential values for a child to learn which is another reason why playing should be encouraged in children.