In this story based on actual true events, MOTHER REBEKKAH has been baking Christmas cookies all day for the soon arrival of Santa. Rebekkah proceeds to arrange the cookies into a lovely gift basket wrapped into a transparent cellophane clear plastic wrap. When she returns home after picking up her children; Mya, Charlie, and Jacob from school to be confronted with an unbelievable scene. Cookies from the basket were removed and placed on the kitchen counters and the adjacent living room. The children believing that Santa arrived early and placed these cookies on the coffee table, two end tables and sofa. However, MOTHER REBEKKAH quickly explains to the children that this was not Santa’s doing, and also, it was much too early for Santa. In addition, Santa would never knock down the beautiful red poinsettias from the window sill. Now everyone in great distress and most solve the mystery. However, it is Jacob who is the youngest becomes the hero in solving the mystery using his inquiry skills and the use of his magnifying glass.

“Mya, Charlie, and Jacob could no longer contain the excitement and anticipation of the freshly delicious baked chocolate chip cookies. When Mother Rebekkah finally opened the front door. The children jubilantly all ran inside at the same time.” “Then Jacob, pointing and yelling in amazement and excitement. “Mama, Mama…. Look Santa must have come inside our house through the living room window. Santa in his rush knock down the red beautiful poinsettias and they are on the floor Mama…” “Papa, Papa…., come quick to the window and take a look. I solved the mystery.” Jacob yelled as loud as he could. Everyone rushed to the living room at the same time. To their surprise there it was the evidence right in front of them. “A-ha there are Mama’s freshly baked chocolate chip cookies,” Jacob exclaimed proudly. “The mystery was solved by no other then, private eye investigator Jacob. “Stated Captain Joe, who was very impressed by this intelligent six-year-old child.” 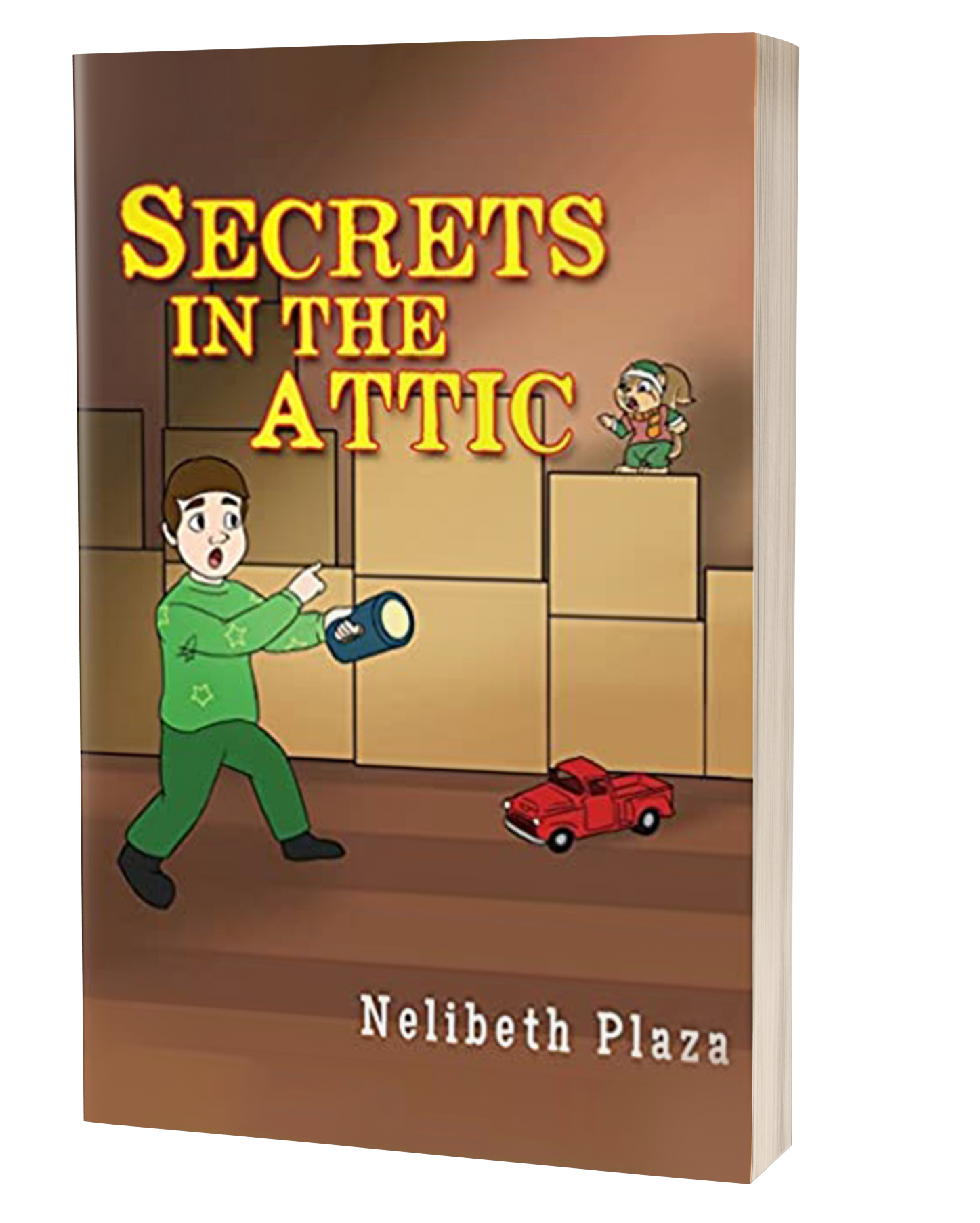 Secrets In The Attic

This is the sequel to the book, IS IT SANTA? In this story, food begins disappearing, from the refrigerator in the attic. Jacob learns that it’s a squirrel behind the thief. Then, Jacob befriended the squirrel. Soon after, Mya, Charlie, and Jacob, make pinky promises, to keep this a secret in the attic. Papa was to find out, for sure Papa, would set a trap, and catch the squirrels. The children have been visited by the squirrels for weeks. The same two squirrel kids, Panchito, and Margarita, who had taken Mama’s, chocolate chip cookies, the day before Christmas. Ponchito, loves riding on the remote control, and red pick-up truck. While Jacob controls the flashing headlights and beeps the horn. Mya, and Margarita, played dress-up and had a tea party eating strawberry shortcake cookies. Then, a severe weather alert had been issued, due to a very dangerous winter storm. Blizzard warnings were in effect, and schools were closed. Unfortunately, this blizzard was very destructive causing damage. At the time, what the children did not know, was that everyone’s life was about to change forever.